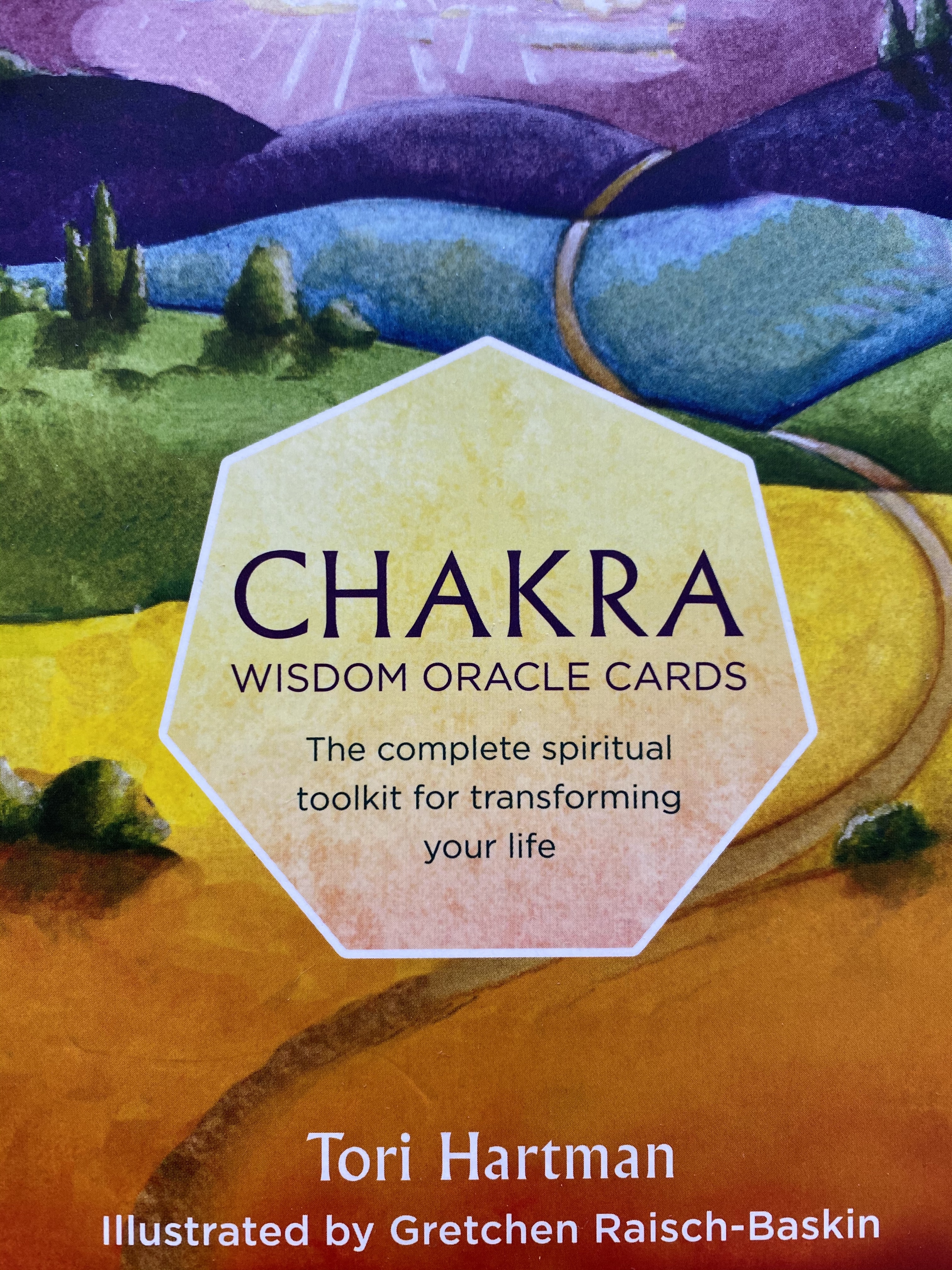 Was writing a book written in my destiny or a simple coincidence?

When my mother passed away in June 2019, I immediately flew home to New York for the funeral and to see family. As we spent everyday having drinks and going through personal belongings, my sister decided to take out her Chakra cards. I’ve never used them or honestly even knew they existed. I’ve only heard of Tarot Cards but never used them before. I’m not sure where I stand on tarot cards but I don’t think there is any harm in them. I figured why not do this with my sister and if for nothing else, would be a bonding experience. Maybe something funny would happen that we could laugh about.

My sister tried first to show my husband and I how it worked. I don’t recall what her message was from the cards but we discussed it for a while. Next it was my turn. Following the instructions, I could pick 1-4 cards depending on what the goal was. For some reason I decided to pick two.

Without much excitement, I opened the book that came with the cards to further explain what I randomly picked. I happened to come across the Discovery explanation first so I read that. It seemed appropriate, given my recent situation. It talked about a love dying and how the purpose of their love was to help expand my own capacity to love. Are you trying to recapture a past that no longer fits? I was asked. Considering my mother just died, I certainly was. The keywords of this card were uplift, journey and commitment.

Initially I was slightly intrigued as the card picked up on something I was going through in my life. Having a love (a mothers love) lost while holding onto the past. I quickly realized this could be used for nearly any situation in life though. It was not as specific as it initially seemed. The second part of the message was an uplifting journey. Unsure exactly where that journey would take me, I assumed it was adapting to a life without my mother around – Seemed appropriate.

While the word discovery seemed like an obvious meaning, dissipating was a little more obscure to me. Even though I understood the meaning, I was curious how it applied to my life, my journey. The legend spoke of a pet bird who had an idea for an action movie but when given the money for the screenplay, went on a cruise instead. The idea was he lived in a fantasy. It warned the reader of being imprisoned by their story. Making excuses. Procrastinating. It didn’t seem very optimistic at the time.

On the bottom of each page, there was a meditation guideline for what to focus on. This card discussed being aware of my body and mind. Understanding my thoughts, feelings and desires for life. What do you wish to do I was asked. They gave an example to help convey the message, this is what the card said:

“For example, are you thinking of writing a book? Pull out the first sheet of paper or turn on the computer. Then take the next step. Then the next. Will you dream it – or do it?”

Immediately I thought about the passion I once had for writing. I didn’t think too much of it though, it was just a friendly reminder. My sister, husband and I all discussed the meaning of my two cards but there was nothing too memorable mentioned.

Returning home to life and work to find a new normal was unusual. It was a strange feeling to not have my mother but life goes on whether we choose to or not. The week in New York for my mothers funeral was put in the back of my mind and I did my best to move forward in life.

When July came, I found myself wanting to write. It started off with some poetry, possibly song lyrics. I would sit in a quiet place at home, alone and let the words flow through me. It quickly became something I once again enjoyed. Completely forgetting about the chakra card messages, writing became a daily occurrence.

As my birthday passed on August 11th and I welcomed being 31, I found myself writing often, multiple times a day. Whether for five minutes or an hour, the creativity began flowing through me once again. It was strange yet exciting to embrace it. During September/October, I began writing a story without knowing where it would lead. By December I was 25,000 words in and decided to tell my husband. The story was growing and even though I still had no idea what I was writing, I couldn’t hide it from him anymore.

One night, shortly after coming out to my husband, I was thinking about my New York trip and was going through photos of that week. Eventually I came across the chakra cards I pulled with my sister and husband. Reading the descriptions and meanings, I yelled out to my husband to come take a look. We were both shocked as I completely forgot about them, seemingly pushed to the back of my mind with that entire week.

I know they say a photo is worth a thousand words but in my case, it’s worth 160,000 words. Without coming across this lovely reminder, I am not sure the first novel of my fantasy series would have ever been completely written. Finding this photograph gave me the determination and perseverance to never give up on writing.

These cards could have been a complete coincidence or something more. The message was not why or how it happened but just to remember that it did. Remember this occurred to me a week after my mother died, the one person who inspired me to write in the first place. These cards provided my creativity with nourishment that allowed me to create an entire fantasy series. Writing has been a fun and entertaining journey, one that I will never give up on again 🙂

Both of the cards pulled shared the same quote: I am more than I think I am.